The Texas Parkway Cartwright Road Corridor is a top priority for members of City Council and City staff. As the epicenter of growth in the City has moved toward HWY 6 and the Fort Bend Toll Way, Council recognizes the need to focus efforts on encouring redevelopment and revitalization within the City’s core. Council earmarked $1.5 Million out of the general funds for Texas Parkway and Cartwright Road in Fiscal Year 21. They also appointed an advisory committee to oversee revitalization efforts within the corridor. The advisory committee has worked diligently to evaluate programs and projects that will move the corridor forward. The Facade Improvement Program is the first program moving forward out of the the advisory committee. This program enables commercial property owners to apply for reimbursement for up to 75% of eligible facade improvements, for a maximum of $200,000. 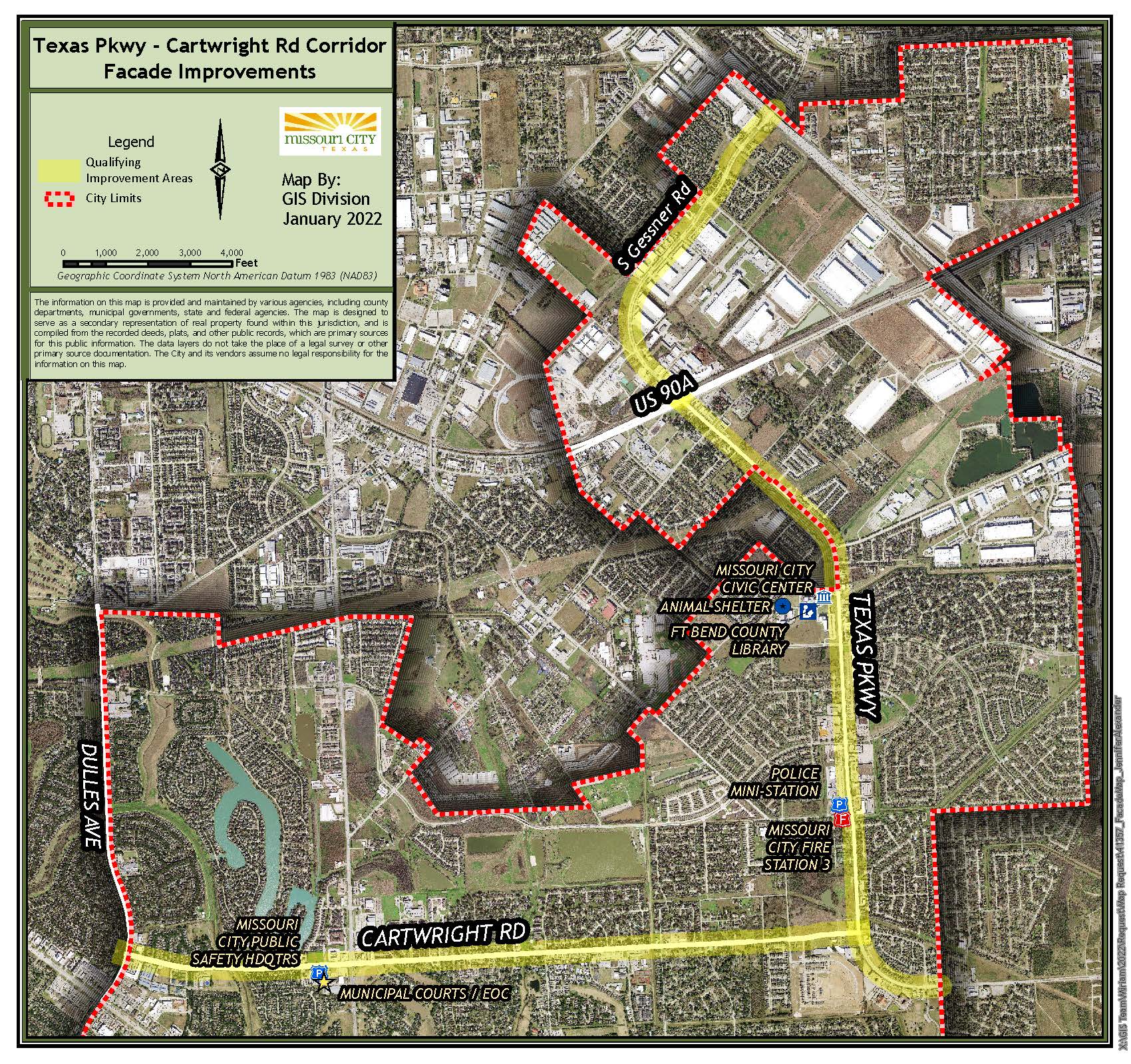