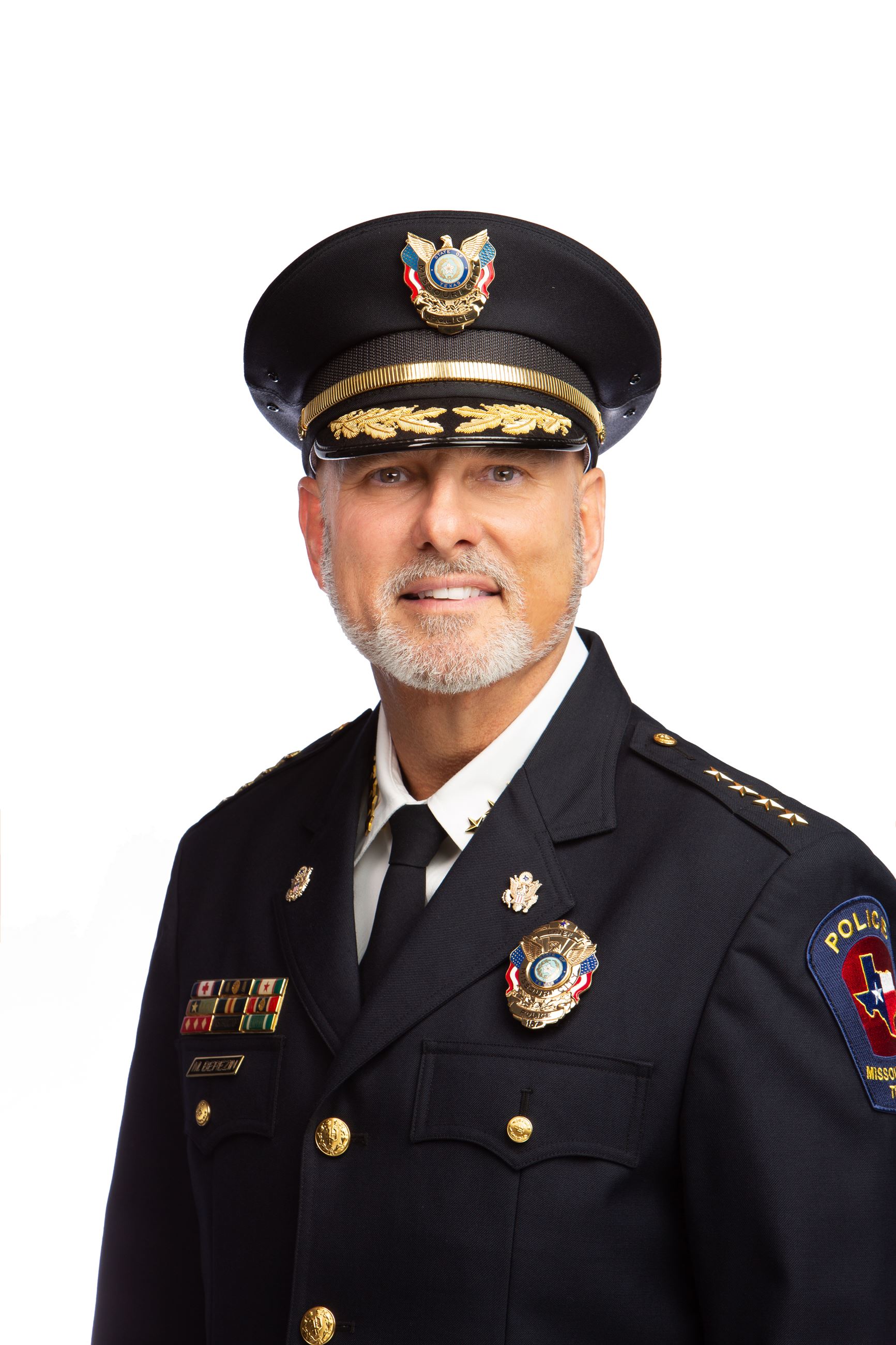 Chief Mike Berezin began his law enforcement career with the Missouri City Police Department in January 1989 as a Patrol Officer.He has served as Field Training Officer, Crime Scene Investigator, Patrol Sergeant, Patrol Lieutenant, Captain and Assistant Chief of Police. He implemented and oversaw the department’s respected community outreach program through which supervisors are assigned to attend homeowners’ association meetings and collaborate with residents on crime prevention measures. He also oversaw the research and development of the police department’s first police mini-station and motorcycle traffic enforcement unit. He was appointed to his current position of Chief of Police in 2014.In 1990, the Fort Bend County 100 Club honored him as “Officer of the Year”; the 100 Club of Greater Houston also bestowed the award on him in 2001. Chief Berezin is a graduate of the Leadership Command College at Sam Houston State University in Huntsville, 236th Session of the FBI National Academy in Quantico, Virginia and the Senior Executives for State and Local Government Program at Harvard University in Cambridge, Massachusetts.